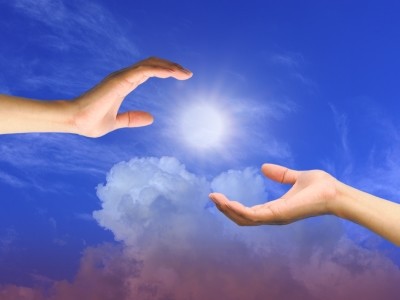 The Omni-absence of empathy. Human evilution?

If bullying can spread so smoothly in our schools and workplaces, and if after an accident the crowd gathers not to help but “to see” isn’t it because of omni-absence of empathy and compassion in our society?

What makes us human? Lateralisation of brain function and a large cortex? In a very interesting neurobiology article “Limbic system: The Center of emotions” by Júlio Rocha de Amaral, MD & Jorge Martins de Oliveira, MD, PhD we read: “Humans display the largest web of connections between the prefrontal area and the traditional limbic structures. Perhaps that is why they present, among all species, the greatest variety of feelings and emotions”.

If in addition, executive function of our brain’s frontal lobe allows us to choose between good or bad action, then why are people deliberately cruel to each other?

A survivor of the Red Khmer regime told me “I pray for my grandson. Children are born to more and more evil world”. Many veterans of 2nd World War have equally negative perception of human “evilution”. It’s alarming to hear that “people are even worse today” from someone who witnessed the most despicable acts of human cruelty…

During the war, human relationships could seem somehow simplified: hostility for the enemy, solidarity for “our side”, but let’s not forget that acts of human kindness were often punishable by death. Even if we explain high empathy levels by the fact that people shared a gruesome reality and could easily recognize feelings in others, it’s undeniable that in many cases, our basic survival instinct was overshadowed by compassion. In times of “peace”, it should be easier to nurture and to demonstrate our capacity for compassion, and yet too often nobody protests when a “target” is being bullied…Are we getting emotionally lazy when our life is more quiet? Do people need an aggressive stimulus to be more compassionate?

In “How the stress of disaster brings people together”, Dr.Emma Seppala (Associate Director, Stanford University’s Center for Compassion and Altruism Research and Education) suggests: “One reason why stress may lead to cooperative behavior is our profound need for social connection. Human beings are fundamentally social animals and it is the protective nature of our social relationships that has allowed our species to thrive”. Natural disasters and catastrophes trigger a global empathic response (both affective and cognitive) but the crowd in subway gives cold shoulder to an emaciated homeless man…Why? Do we choose when to show our compassion? According to a very talented researcher Daryl Cameron (University of North Carolina) :” Experiments find that compassion doesn't simply level off with more victims – so it's not that adding seven victims to the single victim increases compassion only a little bit. Instead, adding seven victims makes you feel less compassion compared to just one. Compassion plummets as the numbers increase”.

Logically, there should be more people ready to show their solidarity to a bullied colleague at work (a person we know and sympathize with), than people volunteering to help after major disasters (people we don’t know, a faceless crowd).When a person shows compassion to victims of a catastrophe, he/she will be perceived as a generous and kind-hearted benefactor…What kind of “social status” will be given to you if you stand by a bullied co-worker or endanger your own safety by helping a mugging victim? Will you be bullied “by association” and labelled a “loser” or a “sucker”? Will your bravery be taken for stupidity? Will your actions be ridiculed?

Our society respects a predator, not a prey. In modern advertisements cars are depicted as big cats rather than antelopes. Even a stocky, ox like gnu can’t devour a lion and no matter how graceful, an oribi will end up as a cheetah’s snack…Majority of people will deny making fun of a victim of harassment, and yet they are clearly mocking the victims of discrimination by using vocabulary like: sucker, pushover, dupe, patsy ,pigeon. Are they oblivious to the fact that all of these nouns are synonyms of  ”victim” , or do they deliberately show their disesteem for the “losers” hoping it’ll place them in the “winners” category? In French “gentil” (kind, nice, sweet) means also that the person can be pushed around, and “brave” (courageous) is now a backhanded compliment, suggesting that a person is dumb. Harassment is ruling our world and the world of our children…Our educational system is failing…Perhaps, it happens because we had created an unnatural and inhuman philosophy? We promote anti-values, punish for humility and reward for selfishness. Children are born to a confused and mean world where they’ll fall into a category of losers if they don’t demonstrate predatory skills early enough. The winner-loser classification is based upon a false theory, and yet we just go on, not taking any action to radically change our uncompassionate etiquette. Some will say” the survival of the fittest is the law of nature”. Who is truly the fittest, who is “the winner” in our community? People born in countries with highly developed economy ? Children of wealthy parents? The rich and famous? Money can buy a better medical treatment but guarantees neither freedom from disease, nor immortality…Even the most “powerful” tyrant might force people only to obey, but not to love or respect him/her…

Many people do not show compassion or even affection to their loved ones for fear of being perceived as “weak”. Wandering why they do not have meaningful relationships in their lives, they sometimes discover that nobody knows them for what they truly are, because they let others to catch only a glimpse of their armor. In “The Science of Evil: On Empathy and the Origins of Cruelty” Cambridge psychology professor Simon Baron Cohen defines “evil” as a total lack of empathy and I do believe our society has to choose between an evolution and an evilution. I think we can cultivate greater emphatic response in our society only if we decide to improve our moral sensitivity and to enrich our education system with programs developing compassion. A utopian society? Well, I believe we can accept things as they are, only if our moral values allow us to consider deliberate cruelty as a standard behaviour…What do we have to lose if we opt for more empathy? Bullying, discrimination, contempt based on labels we mindlessly distribute. And what will we gain? A more human humanity?

Professor Dacher Keltner (Department of Psychology,UC Berkeley) writes in “Compassionate Instinct”:“In some recent studies I’ve conducted, we have found that when people perform behaviors associated with compassionate love—warm smiles, friendly hand gestures, affirmative forward leans—their bodies produce more oxytocin. This suggests compassion may be self-perpetuating: Being compassionate causes a chemical reaction in the body that motivates us to be even more compassionate.” The polipeptyde hormone called oxytocin is also a powerful stress buster, because it is known to reduce our cortisol levels and blood pressure…David R. Hamilton Ph.D, in “Compassion, the elixir of life” describes a new research which suggests that compassion could have the anti-inflammatory properties and might even be able to slow the aging process. Dr.Hamilton: “Maybe compassion is the elixir of life. Perhaps the reason we've never found the mythical philosopher's stone — a legendary substance believed to rejuvenate the body and prolong life — is because we've always searched for something outside of ourselves. Compassion is an inside job”.

I believe that compassion is the elixir of life in more ways than one. If commonly used, consideration for other people’s feelings would serve as an outstanding suicide prevention method. Ages ago Phaedrus (Roman fabulist, 15-50 B.C.) stated: “Gentleness is the antidote for cruelty.” These were veterans who taught me the most important lesson in humility…I’ve seen people mauled by war who, still within early stages of their own recovery, motivated and inspired others. If we can help others to regain their will to live, isn’t the empathy potion worth brewing?

Being shamelessly emphatic and fearlessly compassionate could benefit both individuals and society, don’t you think? Who would choose bullying over kindness? What will we opt for? Human evolution or human evilution?

To read more about empathy and compassion: